Celto-ligure capital of the Voconce tribe, Vasio Vocontorium receives, after romanization, the privileged statute of federate city, allied of Rome. In the first century AD, this opulent city of the Narbonne province endows itself of a prestigious public and private architecture of which testifies the big patrician homes, the theater and the thermal wholes currently.
Vaison La Romaine presents the biggest archaeological field of France. The discoveries began in 1907 continue nowadays. 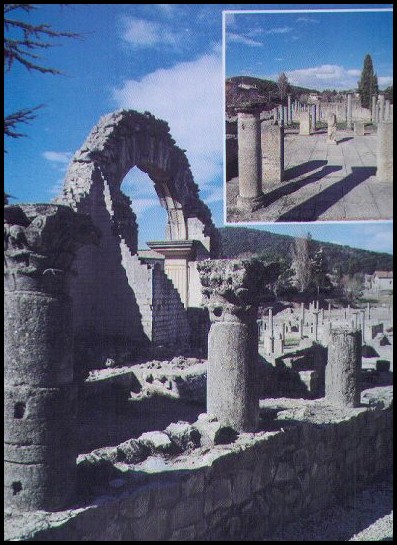 
You will appreciate in it a rich collection of imperial marble statuaries, of which the couple Hadrien and Sabine.


Imagine sitting it in its hemicycle among the 6 000 spectators of the first century and you will relive comedies and mimes of this time. 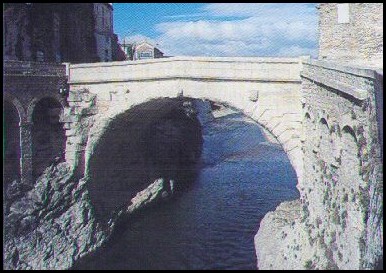 Standing on its unique 17 meters long ark it steps over the Ouvèze and remains the indestructible tie between the contemporary city and the medieval city.

From the Vth to the XIth century the city become Christian organizes itself around the bishop, powerful lord. It is whereas rises the Notre-Dame de Nazareth cathedral ornamented later of its cloister.
In the XIIIth century, after the construction of the strong castle by the Comtes de Toulouse, the insecurity of the time pushes the population to find shelter on the rock safe from battlements. A new church cathedral is constructed there.
Nowadays, with the return of the population in the plain, the cathedral Notre-Dame de Nazareth became again the place of cult of the inhabitants of Vaison.


It counts among the most beautiful examples about Romance buildings in Provence. As for all these buidings, you will notice few openings and never to the north, thick walls shouldered by buttresses, a massive bell-tower, a sculpted decor borrowed to the ancient art and everywhere on the stone marks of the builders. 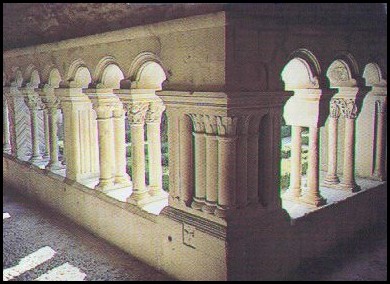 
Temperate, to the pure lines, it possesses some harmonious proportions. Place of peace and contemplation, the cloister with its four galleries surrounding the interior court was the unique passageway of access to rooms reserved to the twelve clergymen of Vaison.


It has carried the name of the holy patron of the city, bishop of Vaison in the VIth century. It is known for its curious triangular apse and for its sculptures ; you will admire the corinthian marks sculpted of characters.


Raised on the visible rocky spur of all directions, it is the feudal castle that attracts and stares the attention of all new visitors; it dominates the medieval and rebirth city to its feet.
When the Provence was shared in the XIIth century, Vaison and the Comtat Venaissin fell into the Toulouse Count Raymond V's hands who collided with the bishop's power. In 1229, he had to yield the Comtat Venaissin to the Holy Seat and Vaison was placed under papal administration in 1274 until its link with the France kingdom on September 14th , 1791.


Cross over the gallo-roman bridge, go along the battlements and, after the belfry surmonted with a campanile, you will discover the High City, fortified by a double wall and dominated by the feudal castle.
Then, you will be seduced by the old poetic alleys in calades to the reminiscent names (rue des Fours, rue des Fromagers, rue de l'Evêché, ...), the old particular hotels and the little places endowed of comtadine fountains .
To finish, go up to the feudal castle and you will enjoy a splendid panoramic view. 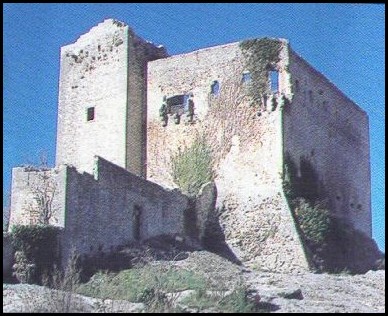 
Dominated by the Mont Ventoux our "Giant of Provence", gathering of hikers and bicyclists, two steps away from the Dentelles de Montmirail sculpted in the stone by erosion -domain of climbing- Vaison la Romaine welcomes you to the heart of a generous nature where grapevines, orchards of olive trees and reminiscent cypresses of the Tuscany keep close.
Capital of the Pays Voconces, Vaison has a dozen of villages to discover where mountain, scrubs and vineyards, castles and defensive walls, bell-towers and campaniles, chapels and churches, landscapes and points of view inspire painters and magnify their art.
On the road of wines of the "Provence des Papes", savor all charms of a city of Provence with its vivid Tuesday morning market -the biggest of the region- that offers to all scents and colors of the South of France.
Its shady squares of plane trees invite to the relaxation, its commercial streets with varied shops incite to dawdling ; its traditional celebrations and animations of seasons will dive you in our Provencal culture.

The JOURNEES GOURMANDES (in early November) and their Soup festival prolong the season up to the autumn.

The summer FESTIVAL (in July) reserves you some dream evenings when dance, theater and music follow each other in the Ancient Theater. You can go to the web site clicking here : www.vaison-festival.com 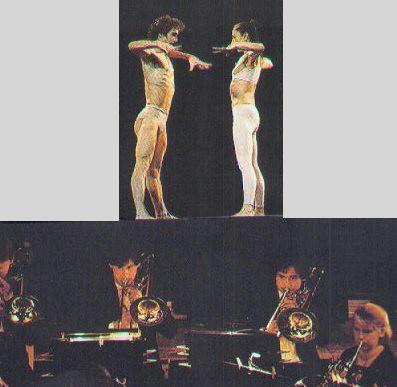 Vaison it is also the "European City Choral " with every year, the FESTIVAL des CHOEURS LAUREATS and every three years the CHORALIES (first two weeks of the month of August ; the next will be in 2013, 2016, 2019...).

Every Tuesday morning, one of the most beautiful and colored market of Provence takes place in the town of Vaison la Romaine. 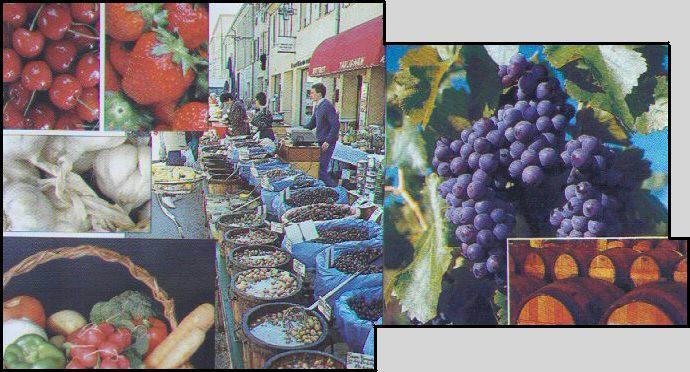 For more information, you can go to the wine-cellar "La Romaine" web site clicking here : www.cave-la-romaine.com